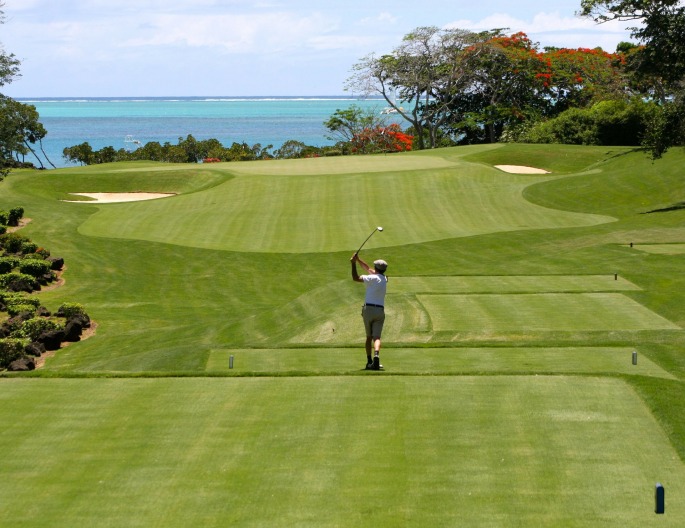 From the player’s perspective the course is both inviting and disturbing, offering not only fairways and greens, but hazards of various kinds, and therein lies its dual possibilities. . . . How to quite explain the fearful allure of a curving stream or cavernous bunkers, if not in an image? How to convincingly impress the uneasy narrowness of a fairway, the tempting painful possibility of close-felt trees or an out-of-bounds? The viewer, to see and feel these things, has to imagine himself playing the game, seeking life on the green, fearing disaster in the water or trap.

The game of golf and its habitat show us a curious combination of the natural world and the formation of human meaning. Not articulated with words, it is nonetheless shown if one views the game and its courses from a certain angle. The golf’s landscapes have shaped the way the game is both understood and played. Further, the dunelands of Scotland and its four-legged residents gave contours to the game’s origins and heritage. Conversely, the game has given its fields a particular kind of meaning understood only within its parameters. Only the game can imbue a bucolic pastoral setting with non-pragmatic causes of trepidation and caution. Babbling streams that are easily crossed with one stride become the occasion for a golfer’s indecision and fear. A bunker no bigger than a child’s backyard sandbox can cause a grown man to stiffen like a corpse. A tree one would marvel at on a hike can now become the object of a verbal stream of vitriol as it knocks down the almost-perfect escape shot. It is a beguiling part of golf that an aesthetically beautiful scene, when played, can become the occasion for those interior responses fit for the ugly and harrowing.

The course is nature suffused and woven together with creative, playful human impulses, meaning and culture. But it’s not as if this human-instilled meaning is superficial; simply layered upon the surface of neutral earth. Like the game itself, its playing field—with its challenges, particularities and beauties—is the result of countless men and women concocting with their creativity, thoughts, emotions and playfulness something larger and broader than any one person, time, or place. Along with this has come the stitching together of communal meaning, purpose, taste and appreciation. In other words, tradition. This word tradition communicates something of the ongoing, organic transmission of the game, its development and heritage.

But there is something of an inner key one needs to unlock this vision of the golf course, namely, the player-perspective Schmid refers to above. It’s through one’s initiation, apprenticeship, and slow mastering of the game that the scene of the golf course becomes more intelligible, more clearly displaying of its meaning.

One could say that a baseball or football field require such a player-perspective to make sense of them and their essence as well. And this is true. Yet, only the golf course is as expansive and all-encompassing of the various facets of the natural world. Grass in all its glorious forms, water, wind, sand, stone, it’s all there. Its scale is far grander than those other games. At the end of the day, the baseball and football field are grass and soil, which is not to take anything away from them. (The finely manicure diamond at Citizens Bank Park is a welcome sight.) What this comparison does, I think, is highlight the quixotic relationship between the golfer and the course.  It helps us see, just a little more clearly, something about the game and why we love it.